Diana Rothschild: On How Asking, “Could We Be More Profitable By Being Good?” Changed Walmart 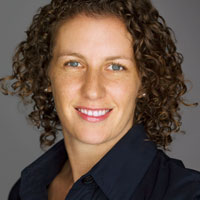 Diana was one of the very first employees to launch Walmart’s sustainability efforts, saving the organization $500 million in the first year while promoting a healthier planet, higher quality products, and happier employees, suppliers, and customers. As a result of this work, she has also developed strategies for McKinsey and Blu Skye with Nestle, Waste Management, Staples, and many other market leaders.

When you have to talk with your boss, supervisor, or other top leaders in your company, how do you react? Do you freeze, terrified of saying the wrong thing? Or, do you brush off the anxiety and assert yourself as an equal?

Most people fall into the former category: terrified of engaging with people who are in positions of power. But, what would happen if you could lay aside the fear of embarrassment or failure and simply have a direct, honest conversation with powerful people? Could you make the world a better place?

Diana Rothschild has first-hand experience talking to CEOs, CFOs, and other corporate leaders in some of the largest companies in the world. What’s more, she has been able to effect real, lasting change through short—but frank—conversations. So, what’s her secret?

In this episode of Next Wave Leadership, Diana Rothschild, Director of Strategic Partnerships at TaskRabbit, sits down with Dov Pollack to talk about how Diana launched Walmart’s global sustainability initiative after just one conversation. Listen in as Diana discusses the surprising power of confident conversation, the lessons learned during her professional sabbatical, and the invaluable advice that has molded her personal and professional life for years. Stay tuned!

If you are a leader who is looking to differentiate your voice, own your story, and choose your path with purpose.

Next Wave Leadership can help you get the results you want and need.