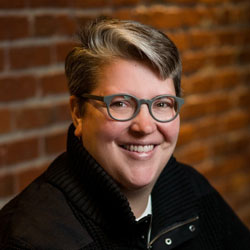 As a technology leader with a focus on people, Tracie Hlavka enjoys the process of enabling a team while also developing her company’s tech. She is the EVP of Engineering at Flyhomes, which makes home buying and selling easier. The majority of her career was spent at Blue Nile and Porch, serving on all levels of both company’s technological engineering teams. For her education, she received her bachelor’s from the University of Washington and a master’s in computer science from Florida State University.

We have seen the importance, especially with the rise of remote work, of building a cohesive team and culture within a company. Making sure everyone is united in purpose and process is essential for taking your business to the next level. There’s no substitute for a team that’s on the same page. Every leader has a different approach, but it helps when you’ve filled the same shoes as your employees.

Tracie Hlavka has had a long career in technology, methodically advancing through positions to her current role as EVP of Engineering at Flyhomes. She has developed her knowledge of the tech as well as team-building one step at a time, giving her the insight that some managers don’t have. So how does she approach leadership with all that experience?

In this episode of Next Wave Leadership, Dov Pollack sits down with Tracie Hlavka, the EVP of Engineering at Flyhomes, to talk about building culture and managing humans in the corporate world. They go through her career and the events that shaped her outlook. Then, the two go into depth on subjects such as remote work, building a culture of collaboration, and the importance of hiring the right people. Stay tuned for all this and more!