Elle Bruno, Managing Director at Techstars Boulder, On: Helping Women Invest in Women, Changing the Game Through Angel Investing, and Summoning the Courage To Speak Out 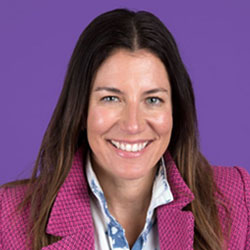 Elle Bruno is the Managing Director of Techstars Boulder, an operational investor supporting entrepreneurs from idea conception to a successful business. Founded in 2006, Techstars has invested in more than 3,000 companies and today has a market cap of $75 billion.

Elle is a sales expert, working for companies, including Trunk Club and Luxury Garage Sale. In 2003, She co-founded ExpressDrop.com and was the Head of Business Development. Along with her current positions, she also serves as an angel investor and advisor focusing on investing in female-founded companies.

What is the overlap between angel investing and leadership? How does one correspond to the other?

While separate concepts, the two have quite a few things in common. Leadership requires wisdom, patience, tenacity, and the ability to listen to those around you. However, leadership also directly relates to angel investing. Few people know more about both subjects than Elle Bruno. She has worked as a leader at several notable companies and recently began her work in angel investing. Now she explains both sides to those who want to listen.

Dov Pollack talks with Elle Bruno, the Managing Director at Techstars Boulder, on this episode of Next Wave Leadership to discuss leadership and angel investing. They begin with Elle’s career and the lessons she learned from a young age. They also touch on topics such as investing in women-led startups, maintaining company culture during growth, and gender inequality in the business world.

Resources mentioned in this episode: