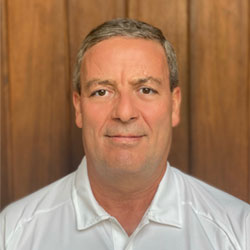 Camillo Martino is a venerated entrepreneur and executive with almost 40 years of experience. Camillo is a board member and executive advisor to numerous technology companies and has served as CEO, COO, and other c-suite executive roles over the span of his career.

Currently, Camillo is the Board Director at KINS Technology Group, KeraCel, VVDN Technologies, and Sensera. He is also the Chair of the Board of Directors at Magnachip.

Do you want to build cohesive, productive teams at your company? Do you struggle to communicate with employees that just can’t seem to adopt a group-focused mindset? If so, this episode of Next Wave Leadership is for you.

According to Camillo Martino, there’s a big difference between a “champion team” and a “team of champions.” In other words, you can have the best and brightest minds in tech on your company’s team—but if they aren’t humble, dedicated, and collaborative, your entire workplace structure will suffer. Instead, the goal as a leader is to establish a team that works smoothly and in unison—like a well-oiled machine. So, how can you start building effective teams today that will help your company thrive?

In this episode of Next Wave Leadership, Camillo Martino, Board Director at KINS Technology Group, KeraCel, VVDN Technologies, and more, sits down with Dov Pollack to discuss the secrets for building productive, cohesive teams. Listen in as Camillo talks about moving to Silicon Valley at the beginning of the tech boom, constructing cohesive teams with intelligent—but difficult—tech gurus, and the simple advice that has guided his approach to leadership for decades. Stay tuned!

If you are a leader who is looking to differentiate your voice, own your story, and choose your path with purpose.

Next Wave Leadership can help you get the results you want and need.